School is out. I officially handed in my final Spring semester assignment last Thursday, then dove face first into work, organization, and a loooong day of volunteering at this year’s Canada Day celebrations here in Calgary.

I have finally settles into my Summer break. There will be lots of working, playing with friends, yoga, running (I guess I like running again) eating, drinking and being merry. I’m off to Miami in exactly a month, so I’m ok with the fact that I am basically working every single day of July in some way shape or form.

This morning I worked at Yoga Passage but first, a hot breakfast. I have been on a smoothie kick due to the intense, muggy heat in Calgary, but this morning was a bit on the chilly side

I had plans to run some stairs with my friend Natradee before hitting my favorite 6:10 hot class back at Yoga Passage, but time didn’t permit and I’m kind of glad because this class was nuts. My legs were shaking and I couldn’t imagine what would have happened had I run up and down several flights of stairs before hand.

After class we took our sweet time before heading home, enjoyed a coconut water with random emergency snacks from the bottoms of our bags 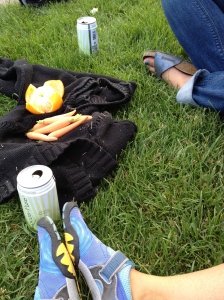 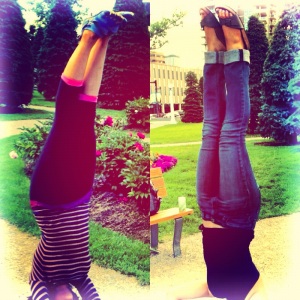 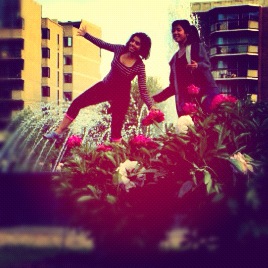 I was feeling un inspired for dinner and was contemplating just digging into an entire watermelon, but my mom had made a turkey Shepard’s pie and apparently that was exactly what I was craving. 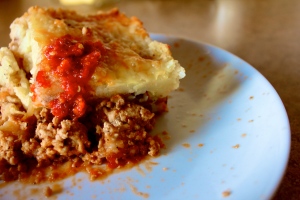 With half a cup of sriracha on top.

It’s good to be back!

Another weekend bites the dust.

On Friday I went to a orthodontist appointment to pick up my stylin’ new retainer. Fact: I wore braces for seven years, plus two years of special retainers and head gears. Every time someone tells me I have a nice smile I reply with a snarky “I had better have a nice smile after all the years of torture I went through” It’s very unbecoming of me but I can’t help myself.

I went to work at Yoga Passage for the afternoon. It was my first solo shift and just when I started to get a little bit anxious, I heard an OM from the studio behind me and a sweet yogi gave me a Vegan, Gluten-Free cookie and tea. I could get used to this. 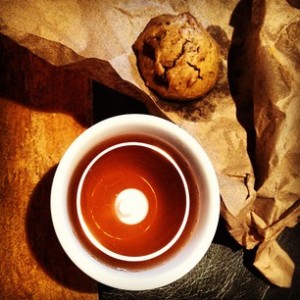 On Saturday I was up early, double fisted a smoothie and tea and went to the Ashtanga 2 class before working. 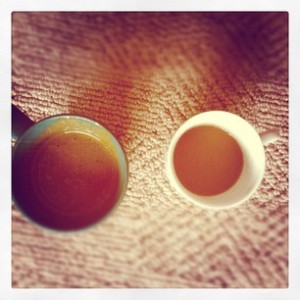 I had a birthday to go to later that night so I did my hair, put on a uncomfertable outfit and even worse shoes and then proceeded to fall asleep (fully dressed) on top of a pile of laundry. I guess the week caught up with me. I felt awful when I woke up to my friends text that read “Heyy how far are u”

This morning I had breakfast with my friend Natradee, we enjoyed a spread of yogurt with fruit and granola, peanut butter on toast and a boiled egg. It felt like a hotel breakfast. 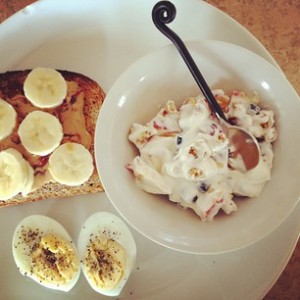 Afterwards we went to Body Combat, where the instructor cruelly added plyometric lunges and donkey kicks to the mix. Grunting. Lots of grunting.

As much as I wanted to stay at home for the rest of the day and watch more Mad Men, I knew today was really my only chance to make a significant dent in my research paper that is due on Thursday -silent sobs- so I packed my bags and set up camp at Higher Ground Cafe for some work time. 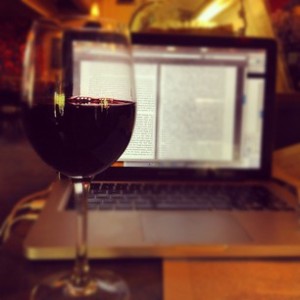 This is my life. Cookies, Wine, Exercise, Work. I’ll take it.

All of a sudden it’s Friday, and it’s June and I don’t even know what to do with any of this. It’s all just too much. I also need to rein in the melodrama. Melodramatics? Melodramaticisms. Yeah.

As far as I am concerned, there is only one remedy for spinach on its death-bed:

Sludge. Banana, Cocoa, Coconut flour, Vanilla protein, rolled oats, cashew butter, instant coffee, almond milk and spinach. I used to be of the opinion that smoothies would never keep me full but they do this strange rib-sticking, stomach coating thing and the only thing my stomach is empty of is GROWLS which I quite like when I’m doing my thing at work (Yoga Passage today) I’m getting into the groove of it and love talking to all of my teachers outside of the class.

I call this one, “MOM! we need to go grocery shopping!!!!” aka. Stale pita, ancient olive tapanade, leathery sun-dried tomatoes, the last of the hummus and questionable feta. Yum (?)

Then I crashed hard. Face first onto the pile of laundry on my bed for an hour of uninterrupted napping glory.

I did the whole ‘should I, shouldn’t I’ thing about working out and in the end I took a stroll to the gym for Zumba, shook my butt for an hour and walked home.

Dinner was broiled salmon, spinach and roasted potatoes topped off with a mini Haagen Daz bar.

Happy first of the month, kind folks. Do me a favour and have a GREAT weekend. I’ll be working my ass off but this is exactly what I wanted. : )

Mason jars are cute and trendy and all until one filled with green smoothie shatters in your backpack.

I’ll deal with that later.

It hasn’t been busy. I’ve been MIA because I ran out of ways to say “Hi, friends! Today I went to work and went to yoga and went to school and ate oatmeal and drank wine and watched a hundred episodes of Mad Men (yes – it’s Mad Men now. I finished LOST. All 6 seasons in a month. I don’t want to talk about it). 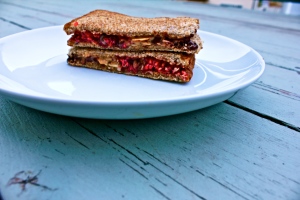 Anyways. I figured since Spring classes would be over in a month, I should probably find some way to keep myself entertained for the rest of the summer. A second job seemed to be a good idea (Second. Because I am never leaving my current job. Ever.) So I poked around Kijiji, sent out a couple of resumes and got some pretty exciting responses.

And accepted none of them. Yesterday, I dressed up in a pencil skirt and a blazer, shaved my legs (finally) and powdered my cheeks for an interview and although I enjoy the idea of having a swanky job where I have to dress up fancy and have lunch meetings and the like, I think it’s important to actually care about the business, what they do, and feel confident that you can offer something.

I went to The Yoga Passage after my interview and explained all of this to the manager of the studio. And then she hired me on to the front desk crew. I start tomorrow 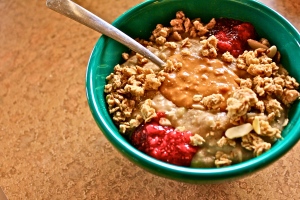 I’m thrilled. Like, running around in circles and busting out random bakasana thrilled. If you hadn’t noticed, I’m obsessed with this studio. Crisis (because having a slack summer would clearly be the end of my existance) averted.

I stayed up way past my bed time last night toying around with the blog. I’ve updated my blogroll and recipe page, I’m still playing with different themes!

I’ve got this walking for transportation thing down, now I need to work on walking places in nice shoes!

I tossed my fierce footwear into my bag, took a stroll to the train station – I wore my garmin to figure out how far the walk actually is, 2.8 miles! – and went to work for the afternoon.

The hunger beast was roarin’ by the time I got home.

Press tofu between paper towels until most of the moisture is absorbed. Heat a small sauté pan to medium high heat, crumble in tofu and cook until browned. Add spinach and tomato, cook until softened and wilted, add garlic. Stir in hummus and nutritional yeast and season to taste.

With toast and potatoes. Beige but delicious. Hunger beast annihilated.

While I feasted, something exciting was happening in the oven. 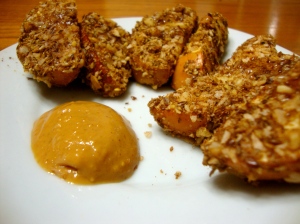 Those were delicious and I am officially stuffed!

My name is Ariffa Lalani, thank you for visiting My Cup Of Tea. I am a young and restless student, foodie, nutritionist, yoga addict and dabbler in many things. I live in Calgary, Alberta and blog about eating and living well.